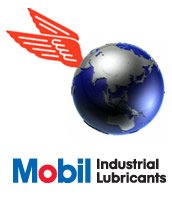 Energy costs are regularly going up and up and this fall out is particularly felt in two main areas: Industry and Mining. On top of this rising costs, Carbon Taxes are very much a scene that will influence costs in the near future.

Over the past few years we have seen increases in energy bills of 25 to 30% and recent government announces at State level indicate a further substantial rise is coming.

An accepted trend, after studying long term tariff structures, is that energy prices grow at a rate of CPI plus 5% per annum. This applies to Energy in general and is true for Power – Fuel – Gas which these days are totally inter related.

This takes us to the need of somehow soften the impact that these increases have in the Goods and Services we produce and sell. While some of these increases can be passed to consumers, there isn’t an automatic way of doing this since external competition from imports and rising foreign exchange rates are capping the increases we can pass on.

So, what can we do: Well, a growing number are switching from Mineral to Synthetic Lubricants, which have a proven track record for cutting energy consumption among other benefits:

Mobil, a brand synonymous with advanced lubrication technology states that its synthetic lubes typically achieve energy savings of between 2-8%. In some cases, however, savings can be higher.

At Castle Cement’s Ribblesdale Works in Clitheroe, for example, completely overhauling a 75kW Broomwade VML 1000 reciprocating air compressor then lubricating it with Mobil Rarus SHC 1025 combined to produce energy savings of 16%. Castle Cement estimates that using Mobil Rarus 1025 in all its on-site air compressors would result in annual savings of £ 33,500. (Full case study is available).

David Squirrel is power sector manager with ExxonMobil Lubricants & Specialities, which manufactures a long list of best-in-class synthetic lubricants that are suitable for all industrial applications. As David points out: “The cost benefits of synthetic lubricants are rooted in scientific fact, not in the dark arts of marketing”. In a nutshell : “the principal reason why synthetics use less energy than mineral lubricants is because they have a lower traction co-efficient”. Traction is the force developed whenever a lubricant is sheared – that is – pulled apart under pressure between to sliding surfaces. The lower the traction co-efficient, the less force you need to shear it – or pull it apart. Less force means less energy – and save more money.

Synthetic lubricants will achieve the most impressive energy savings where equipment slides and rolls. The higher the slide-roll ratio, the higher the savings.

It would be reasonable to assume that when two metal surfaces come together under extreme pressures, any lubricant between them is simply displaced like mud squeezed out between a wheel and the road. On the contrary. Increasing the pressure on a lubricant actually increases its viscosity. Raise the pressure by 500 psi, and you double the viscosity. Pressure like those found in valve trains or gears could be as high as 150,000 to 300,000 psi. The lubricant becomes so hard that it physically deforms the metal surfaces its separating rather than just being squeezed out. Here is where Traction plays its role.

As a thumb-suck guide, using synthetic lubricants can help to reduce energy inefficiency by around a third. For example, if a piece of industrial equipment is operating and an energy efficiency of 85%, using synthetic lubricant will raise that figure to 90% by eliminating about 5% – on third – of the equipment 15% efficiency deficit. Given the previously stated energy rising cost, this extra efficieny will translate in immediate savings in your energy bottom line.